Guatemala: Victims of the Fuego Volcano Still Need Your Help! 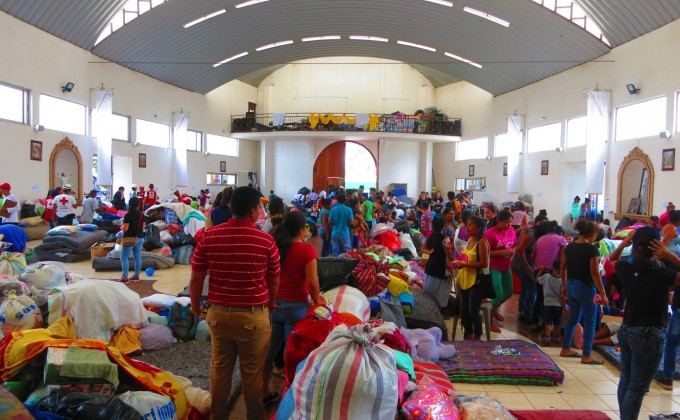 The Fuego volcano erupted exactly a month ago, claiming at least 300 lives and burying many villages under several metres of ash and volcanic stone, a horrifying tragedy reminiscent of the one that struck Pompei two millennia ago. Over 12,800 people had to abandon their lands, 3,636 of whom are currently living in overpopulated and unsanitary temporary refuges, making their daily life even harder beyond the trauma of losing some of their close relatives. More than 20,000 farmers from the region were also affected. Having lost their harvest to the volcanic ash, their families’ food security is threatened as they lost access to many of their food staples.

In order to remedy this situation and help the victims, CECI is counting on your generosity. From the very first day, CECI-Guatemala’s team has been cooperating with government entities and other actors of the humanitarian sector to evaluate the needs and guarantee the protection of women and children in the temporary refuges. Thanks to your generosity, CECI will be able to give families the basic toiletries they need, focusing our attention on the needs of women and girls. Our intervention will also aim to train young leaders in the prevention of violence, also giving them the opportunity to follow professional training that would allow them to gain employment or launch a small business. CECI further intends to help farming families recover their crops of corn and beans—the basis of their nutrition—as well as to diversify their production and restart their livestock farming.

CECI is counting on you for all these initiatives to be implemented, in solidarity with the people of Guatemala.