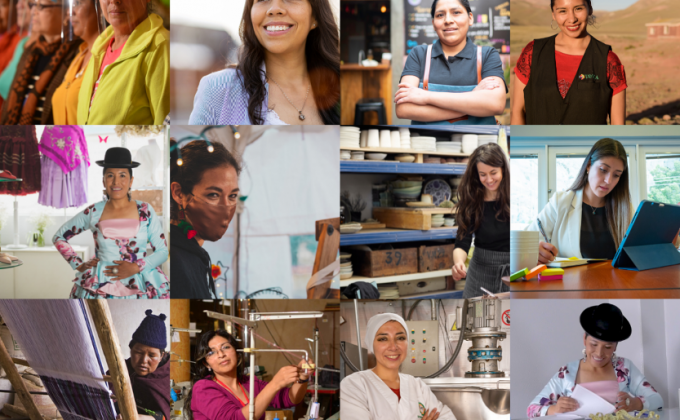 In Bolivia, Torotoro National Park is considered one of the main tourist destinations in the region. It represents important opportunities for local communities, especially in relation to the economic development of the region. However, several gender-based inequalities are felt in the tourism environment.

In response to the lack of access to employment for women, their absence from public policy development and their low presence in key decision-making positions, CECI-Bolivia decided to join forces with its local partner, the Centre for Research and Services in Tourism of the Bolivian Catholic University, in an attempt to reverse the balance. In this perspective, the first Action Plan for the economic development of women in tourism - Torotoro National Park was created.

This research identified in detail the problems experienced in the tourism sector with regard to gender inequality. The report identifies a state of affairs based on a political, social, economic and personal analysis of the situation. The results of this report are therefore based on both quantitative and qualitative analysis. Indeed, several testimonies were collected and tools were co-constructed with the women of the region. The region wants to become known not only for its tourism vocation, but also for its progress and actions in terms of equality between women and men. This action plan is intended to be the lever to empower the tourism industry to renew itself, especially by making the local opportunities generated by this industry examples of promoting gender equality.

In order to achieve its objective and to reach a real rapprochement and understanding of the dynamics of oppression experienced by women in the region, the tourism sector will have to work in collaboration with local authorities.

Activities organized within the framework of the Action Plan for the economic development of women in tourism - Torotoro National Park:

- Creation of a map of women actors involved in tourism activities;
- Matrix of women's testimonies based on the evolution of women's place over the last 10 years;
- Surveys and methodological tools developed, through which several opportunities and perceptions of women's development were highlighted. Among them, the lack of spaces to support women's global development, going beyond the work aspect, especially on the issue of emotional, social and psychological support.
- Focus groups with women and representatives from different sectors and local authorities were organized to work on the four dimensions of women's economic empowerment (economic, political, social and individual).

"10 years ago I was cooking, I was abused by my father and worked on the farm. Now I work in the association, I am an administrator, I sell handicrafts and I earn more than my husband" Participant in the workshop of the matrix.

Finally, and counting on all the contributions generated by this initiative, it is possible to see the creation of this Action Plan as a reference tool that, in addition to reflecting the current situation of women in the sector, also allows to initiate a transformation and to identify objectives to be reached for the next 10 years. This so-called transformation of the sector is intended to reflect the feelings and desires of each of the women who participated in this process.

This article was written by the CECI-Bolivia team within the framework of CECI's Volunteer Cooperation Program.