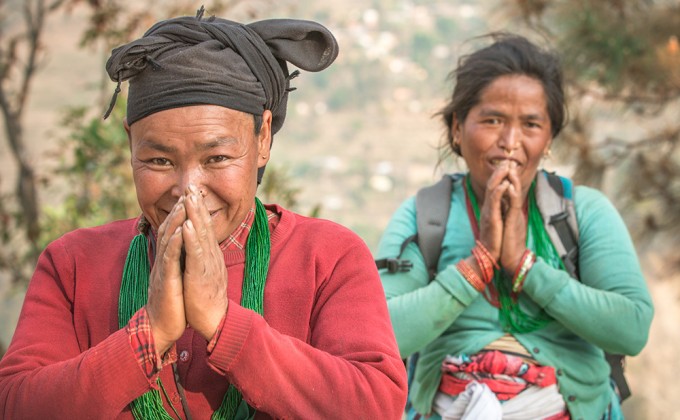 On April 25, 2015, Nepal was rocked by a 7.8-magnitude earthquake, leaving more than 8,000 dead in its wake. In June 2015, 4.1 billion dollars in aid was pledged, yet one year later, reconstruction has not been completed and thousands of people are still living in tents. Does this mean that nothing has been done?

Nepal is one of the poorest nations in the world, landlocked and bordered by two giants, India and China, and still finding its footing after a civil war in 2006 that removed the monarchy from power and established a new republic. Reconstruction efforts have been severely affected since India began applying economic pressure last September. Opposed to Nepal’s new constitution, India has set up a border blockade keeping essential commodities, such as construction materials, oil and gas, from reaching the country.

Nepal is also located in the middle of the Himalayas, boasting stunning landscapes and mountain views. Among the hardest-hit regions by the earthquake were the 17 high-altitude districts located more than a three-hour drive from the nation’s capital. Today, living conditions remain precarious in these remote communities. Aid delivery remains a challenge, even as 90% of the villages have been destroyed. The people have lost not only their homes, but their means of subsistence, agriculture and dairy production. They have seen their fields tumble down mountainsides, their cattle perish before their eyes.

One could easily deduce from these images in the media that nothing has been done to assist the Nepalese people in their time of need. There is, however, more than one way to view aid, even if there have been delays on the part of the Nepalese government to improve conditions.

Once we had provided emergency relief after the earthquake, CECI began securing temporary shelter and access to water and first aid. We then shifted our focus to the important task of helping the people restore their economic activities so they could again meet their own needs and proudly take part in the reconstruction of their villages. These are tangible results that can easily be observed by simply going to meet the people in these communities. Results that will remain unknown if the media continues to show only what has not been accomplished.

CECI, an international cooperation organization in Quebec, has maintained continuous presence in Nepal since 1987 and was at the forefront of relief and recovery efforts immediately following the earthquake. In coordination with other Canadian and international organizations, CECI has mobilized its limited resources to prioritize efforts in three remote districts, Sindhupalchowk, Kavrepalanchowk and Lalitpur.

We have provided emergency relief to 6,600 families and built toilets to prevent the spread of infectious diseases. These families quickly received new seeds and fertilizers to re-start their crops. In the Lalitpur district, where we have a long-standing partnership with dairy cooperatives through our Uniterra volunteer program, jointly operated by World University Service of Canada (WUSC), we have supported producers so they can purchase buffaloes, rebuild stables, and recover their micro-enterprises. Over the next three years, CECI will help 25,000 people start new small and midsized agricultural and dairy enterprises, which will have a wider impact in the community. It will also offer the people technical training to increase their employability.

The needs are indeed great, especially since CECI works to make sustainable changes and goes beyond simply rebuilding what was lost. This must be done in cooperation with the local authorities. The Nepalese government can show greater leadership. As long as we are re-building, why not make things better than before?

From May 17 to June 12, CECI presents the exhibition, Freeze-frame of Nepal. Glimpse into the world of the Nepalese people, one year after the earthquake, through the lenses of Kiran Ambwani and Benoit Aquin and texts by Stanley Péan.