Senegal - Local elections next January, CECI takes up the fight for women 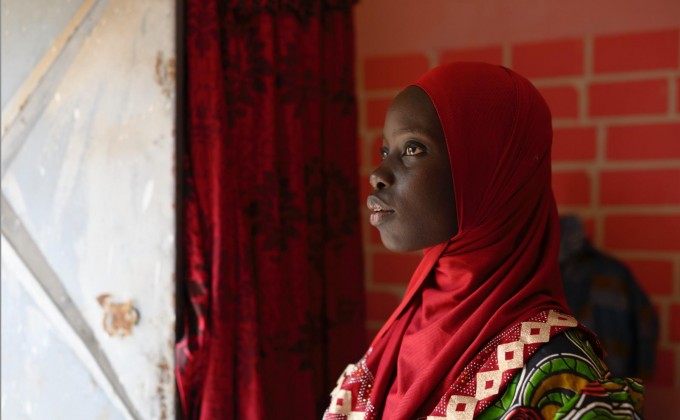 The Centre of International Cooperation and Studies (CECI) has set up an important program to provide funding, support and advice to women to maximize their numbers as local community leaders during the January elections.

In Senegal, the percentage of female mayors and chairs of departmental councils remains very low. According to the statistics, there are 15 female mayors out of 557, that is, 2.69%, and two female departmental council chairs out of 45, that is, 4.44%. However, some advances were made during the June 2014 local elections. The national rate of women’s presence in local community groups improved that year, compared with the 2009 elections. The percentage rose from 15.9% in 2009 to 47% in 2015, that is, 14,000 women out of 29,787 elected officials.

Against this backdrop, two major challenges must be addressed. The first challenge is to maintain the favourable increase noted in 2014; the second is to take action to remove the obstacles that stand in the way of the gender parity law.

The Women’s Voice and Leadership in Senegal (WVL-Senegal) project is striving to help improve the political participation of women during the local elections in January 2022, by way of various mechanisms such as the Rapid Response Fund.

According to an expert in women’s rights advocacy within the framework of the project led by CECI, the objective is to contribute to the massive political participation of women during the local elections in January 2022, by supporting innovative initiatives through the Rapid Response Fund. The budget, according to Cécile Diatta Senghor, is estimated at 30 million CFA francs and is funded by Canada.

The project will be deployed across the country, divided into four regional sectors: the West, which brings together organizations in the Dakar region; the North-West, which concentrates the regions of Thiès, Saint-Louis, Matam and Louga; the Centre, which brings together Fatick, Kaolack, Kaffrine and Diourbel; and the South-South East, comprised of Ziguinchor, Sédhiou, Kolda, Tambacounda and Kédougou.

“To effectively and efficiently manage the Fund, a selection and governance committee is set up for each of the project’s regional sectors. Each committee also works on developing and validating the fund governance mechanism, which includes the fund application process, the selection of recipients, the transfer of funds, monitoring the effective and efficient use of the funds, as well as the process for sharing good practices and lessons learned. For this socialization campaign, funding will be directed to initiatives that promote the political participation of women in the local elections in January 2022,” explains Ms. Senghor.

“Women are still largely absent from the political arena, often due to discriminatory sexist laws, practices, behaviours and stereotypes, and because they have limited income and education, no access to healthcare and are more affected by poverty than men,” adds Ms. Senghor.

In addition to these constraints, Ms. Senghor stressed an important change in the Electoral Code, namely, election by direct universal suffrage for local elected officials, who, until now, were elected by municipal councillors. This provision, if not taken into account immediately, could considerably reduce the number of female mayors or departmental council chairs, given that they rarely head electoral lists.

However, Ms. Senghor pointed out that the equal participation of women in political life plays a key role in the overall advancement of women and long-lasting development based on the eradication of inequalities, as set out in the recommendations of the Beijing Platform for Action, notably, that the equal participation of women in decision-making not only be a legal or democratic requirement, but must be considered a necessary condition in ensuring that the interests of women are taken into account.

Without the active participation of women and the inclusion of their perspectives at all levels of decision-making, the goals of equality, development and lasting peace cannot be pursued.