The Uniterra Program at IVCO Montreal 2018, for the Inclusion of Women and Youth 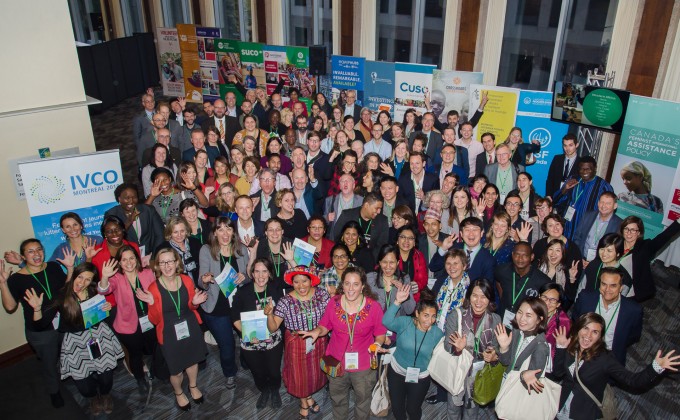 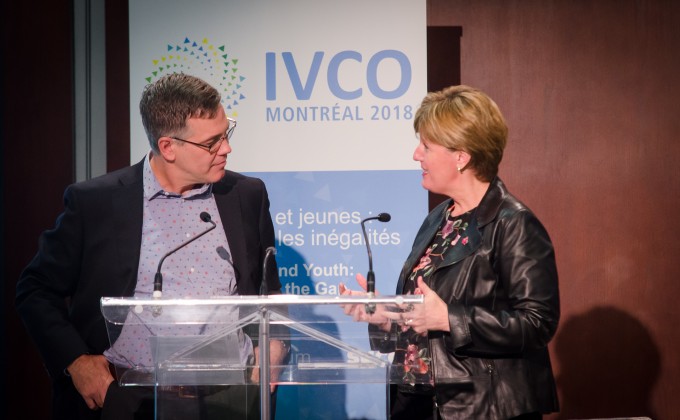 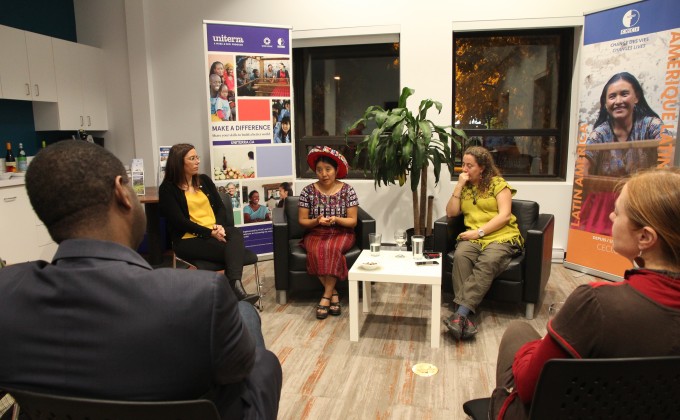 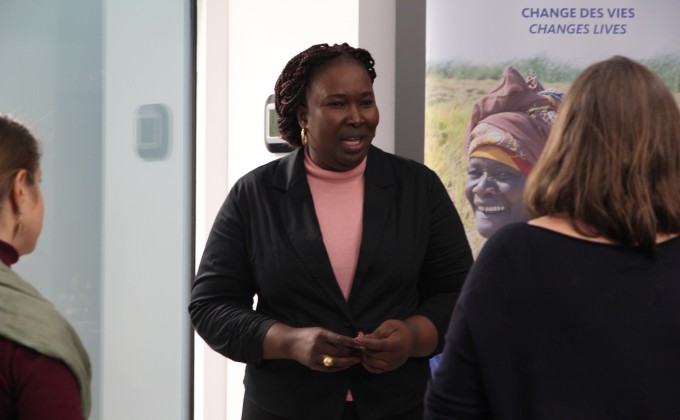 From October 28 to 31, CECI attended the annual conference of International Volunteer Cooperation Organisations (IVCO) of the Forum network, organized by SUCO and Oxfam-Québec in Montreal. Nearly 200 people were attending, with leaders of international volunteering agencies from the whole world gathered around this year’s theme, “Women and youth: bridging the gap – Volunteering for inclusive development.”

As part of our delegation of representatives from the Uniterra program, CECI and WUSC, we had the pleasure to welcome four partners of the program who came to exchange ideas, share best practices and establish new connections for collaboration with the other participants. Bárbara Rebeca Ajtujal Quiejú, a young woman entrepreneur working in the trade of recycled materials in Guatemala’s Atitlan Lake region, and Sashi Stephen, working for the protection of women who are victims of violence and for the promotion of equality, justice and dignity in Sri Lanka, both came to share their experiences. They spoke of the support they received from volunteers of the Uniterra program in a session on “Volunteers as agents of change,” alongside Jan Olav Baarøy, Executive Director of NOREC (Norwegian Agency for Exchange Cooperation) on a panel facilitated by Jim Delaney, Director of programming and partnerships of the Uniterra program. These two partners also participated in the human library initiative organized for the conference, where they had the opportunity to share their story again. So did Salimata Thiam, Head of Gender Policies and Programme implementation of the ECOWAS Gender and Development Centre, who gave a testimony of the work of the Uniterra program’s volunteers in drafting and validating a regional protocol for gender equality in sustainable development within the ECOWAS space. In turn, Driana Lwanda, a partner of the Uniterra program in Malawi, spoke of the creation of a more inclusive value chain in a specific agricultural sector, which opened the doors to greater economic empowerment for women. Alongside these extraordinary people, six Canadian volunteers now back in the country and two partners of Uniterra’s Leave for Change program also added their voices and insights to the stimulating talks that fuelled the three-day conference.

The opening remarks of the conference were made by the Honourable Marie-Claude Bibeau, Canada’s Minister of International Development, who presented Canada’s Feminist International Assistance Policy and who, drawing from her own experience with volunteer cooperation in Morocco, identified volunteering as a cornerstone for the achievement of the Sustainable Development Goals. And to close the event, Mr. Jean-François Bernier, Assistant Deputy Minister of Quebec’s Ministère of International Relations and La Francophonie, celebrated the role of volunteers as actors of change and promoters of an engaged world citizenship.

Making the most of their presence in Montreal for the IVCO 2018 conference, our four partners from Guatemala, Malawi, Senegal and Sri Lanka also conducted many visits outside of the event, forging new partnerships in Canada or strengthening existing ones and meeting CECI’s members during a special event on the evening of November 1st.

We encourage you to check out the Facebook album for pictures of this week full of rich experiences and connections.