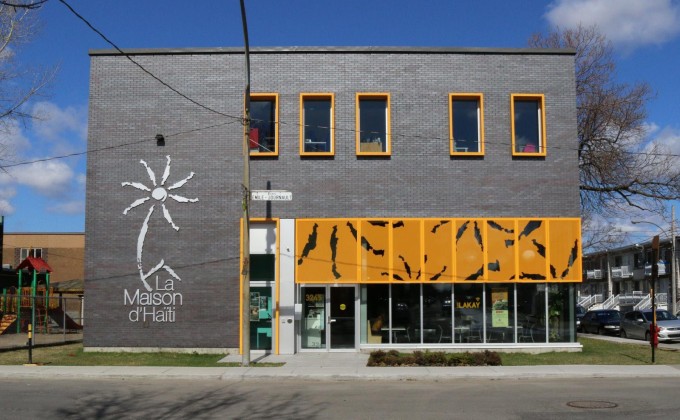 For 50 years now, Maison d'Haïti has been working to welcome, educate, integrate and improve the living conditions of immigrants and people of Haitian and African descent in Montreal. CECI would like to congratulate its associative member for its admirable work!

Founded in 1972 by a small group of students of Haitian origin, this community organization is dedicated to defending the rights of the immigrant community or those of immigrant descent and to promoting their participation in the development of Montreal society. The original objective of its creation was to provide Montrealers of Haitian origin with structures capable of representing them, defending them and helping them maintain a link with Haiti.

"Although it remains the flagship organization of the Haitian community, Maison d'Haïti welcomes families from all over the world, people who have come to seek asylum and a future in a Saint-Michel neighborhood that is undergoing a major transformation and that receives them with generosity." Marjorie Villefranche, Executive Director of Maison d'Haïti

The economic and social inclusion of three generations of Quebecers of Haitian origin and the neighborhood’s vulnerable populations is at the heart of its concerns. Through its activities based on the citizen approach, the Maison d'Haïti team responds to the needs of its members by promoting the economic, social and cultural integration of young people and families while enhancing their presence and contribution to Quebec society.

La Maison d'Haïti remains a key player for the Haitian community as well as for community action in Quebec, by participating in the establishment of several groups and by getting involved in very important issues such as: "popular literacy, education and social integration of people from cultural communities, women's movement, access to work, equality policies, family dynamics and social integration of youth, without forgetting the fight against forms of discrimination and racism which represent one of its axes of intervention and mobilization" City of Montreal.

After 5 decades, the Saint-Michel district is still its home base. Looking back, its dedication during the past 50 years has allowed this organization to take root in the Montreal community and to become an essential focal point in the neighborhood. It is a stakeholder in the vitality of the neighborhood and offers the communities it serves spaces and support that are in keeping with their social and cultural aspirations.

CECI is particularly fortunate to be able to count this organization among its associative members. We would like to highlight the work accomplished by the Maison d'Haïti over the past 50 years and we look forward to the next ones to come !

"As long as the neighborhood is home to vulnerable, fragile people in difficulty, citizens whose children inherit the same difficulties, socially excluded, facing racism, poorly educated, underpaid, Maison d'Haïti will accompany them so that they can speak out and take action as citizens." Marjorie Villefranche, Executive Director of Maison d'Haïti