Tourism: Our Uniterra Program Partners on a Trade Mission in Canada 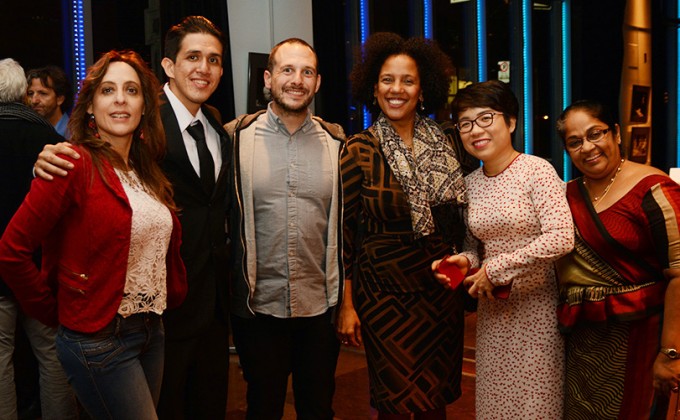 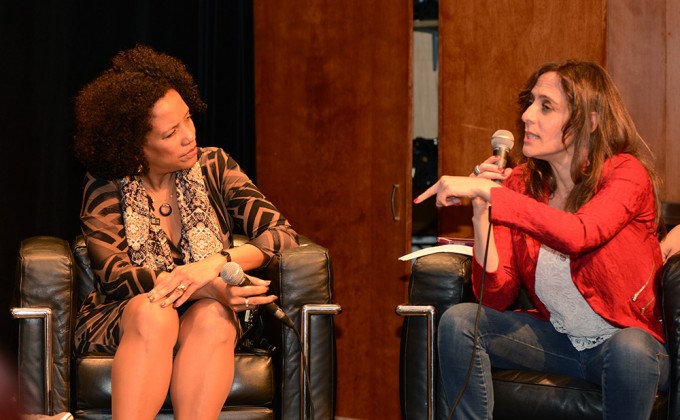 From October 15 to 25, 2017, WUSC and CECI welcomed a delegation made up of six partners of their international cooperation program, Uniterra, who work in the tourism industry. The trade mission was planned to coincide with the International Tourism and Travel Show in Montreal, with the main goals of encouraging business relations between partners and building capacities. The delegation also had the opportunity to speak directly with the public at a conference held at the Monument-National theatre. This was a chance to spotlight lesser known regions and inspiring projects, as the United Nations has proclaimed 2017 the International Year of Sustainable Tourism for Development.

Each image was more striking than the next: the glaciers of Kilimanjaro, the migration of hundreds of thousands of wild animals to the Serengeti plain, the slender silhouettes of the Masai, and the turquoise waters of Zanzibar—a must for visitors to the Montreal International Tourism and Travel Show who travelled to the city to attend a meeting of the Tanzania Tourism Council (Conseil de tourisme de Tanzanie, CTT). But these impactful images weren't the only reason council representatives visited the tourism and travel show. They also came to promote a new trend in national tourism.

One hallmark of cultural tourism is that communities are directly involved in designing and organizing tours that allow them to showcase their traditions and share their way of life. This model is becoming increasingly successful. “Originally, it was the Maasai who realized in the 1990s that tourists were interested in them, and who wanted, some of them anyhow, to open up their communities to visitors,” says Elirehema Maturo, coordinator of a program that supports and manages cultural tourism enterprises (CTEs). “Today, there are 66 such communities all over the country, from about 30 different ethnic groups.”

Yet, while tourism is increasing by more than 15% each year, and the most visited CTEs are bringing in tens of thousands of dollars per year (part of which is paid into a village development fund), many CTEs still struggle to attract tourists.

Since 2015, a dozen volunteers from the Uniterra program have worked in the CTEs to improve and develop the product offering and raise the businesses’ online visibility by developing customized brand images and training members how to use social media. In each community, the program has prioritized the inclusion of women and youth by providing training and awareness-raising activities and regular support for CTEs striving to meet specific objectives, such as adopting the practices set out in two women’s guides by the end of 2017. And while women in most CTEs are still relegated to support roles, Devota Mdachi, Executive Director of the CTE, hopes that mentalities are changing. “Today, six CTEs are directed by women,” says Mdachi.

A development mission for a range of partners

The Uniterra program has the same objectives in every country where it sends volunteers—to support the development of inclusive economies that benefit women and youth and that facilitate growth and change in the markets that affect vulnerable and marginalized people. The sheer range of partners invited to join the trade mission was a testament to its scope and diverse stakeholders.

Hailing from six countries where WUSC and CECI support tourism industry projects (Bolivia, Haiti, Peru, Sri Lanka, Tanzania and Vietnam), the participants included representatives from a region trying to position itself as a new tourist destination, a vocational training school, an international hotel chain, and a municipal authority.

Different as they were, each brought the same level of enthusiasm to the meetings in Montreal and Ottawa. In addition to encouraging the development of business relations, the goal of the mission was to build partners’ capacities through the Montreal International Tourism and Travel Show and multiple bilateral meetings with tour operators and travel agencies. They received training from organizations, such as the World Centre of Excellence for Destinations and the Economusée Network Society, and met with a number of Canadian tourism industry actors to exchange ideas and reflect on best practices they could apply in their own countries and areas of work.

A number of people in the delegation expressed appreciation for the opportunities they had in Montreal and Ottawa to have more in-depth conversations with Uniterra program managers. They discussed the current strategy and how it could eventually be adjusted to create even more opportunities for women and youth. All of them viewed these exchanges as a chance to strengthen a partnership they believe is so essential to the development of their projects.

Linda C. Delain, who is President of a fledgling tourism association in Haiti’s Sud department, believes that the Uniterra program has been instrumental in the launch of the association, which was created in August 2017 to unite all industry stakeholders and provide a framework for a tourism product offering in the region. “Without the support of the volunteers, I swear the association would have never gotten off the ground!” exclaimed Ms. Delain, who is also a council member for the Sud department’s chamber of commerce for women entrepreneurs, in addition to running her family’s hotel in Cayes. “We had been trying to do this for years but had never succeeded. The program showed us what had worked similarly in the northern part of the island. It helped us build a structure, raise our status and communicate. Our weakness is planning and budgeting. We don't have this culture. We need guidance in all these areas to create a quality destination, take care of the tourist, and improve worker training and service quality, etc.,” Ms. Delain told us on the sidelines of her speech at the October 18th conference CECI organized at the Monument-National.

The event, called “A Different Way to Travel: When Tourism is Used for Development,” was jointly organized with Village Monde, an associate member of CECI and Uniterra program partner. Nearly one hundred people attended to learn about the impact and issues of sustainable development. Discussions were hosted by Marie Grégoire and were a forum for Patricia Grossman Sáenz, Director of the Tourism Development Agency in La Paz Maravillosa (Bolivia), and Linda C. Delain, President of the Sud Tourism Association (Haiti), to tackle sustainable tourism issues, alongside Tanya Tanya Lécuyer, Uniterra program volunteer and Village Monde explorer in Guatemala. They talked about “longevity,” “authenticity” and “respect.”

According to Peruvian Franco Ruiz, a Uniterra program representative from the San Martin region who hopes to turn the Peruvian Amazon into a new tourism destination, what is needed is more awareness. “That is the first step for us, to sensitize the local population, tourism industry actors, and visitors to the fact that we have no other choice but to go the sustainable tourism route. We need to look at the long-term vision for our resources and the impact this will have on the communities,” he explained as he presented a new brochure for the Bellavista province, created with support from Uniterra volunteers. The brochure identifies the community resources available to visitors and introduces new tourism products that can provide employment and entrepreneurship opportunities for women and youth in the region. Further to a visit from a volunteer tourism adviser and evaluator, one community in the region was recently awarded the Village Monde label, which will help the region establish its identity as a sustainable and solidarity tourism destination.

This trade mission was implemented as part of the Uniterra program, jointly operated by WUSC and CECI and funded by the Government of Canada through Global Affairs Canada.