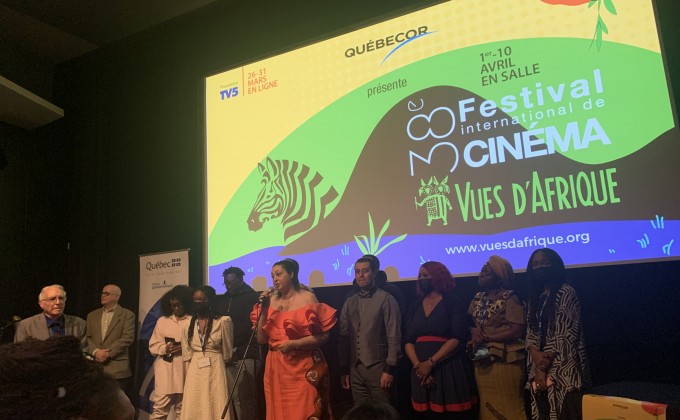 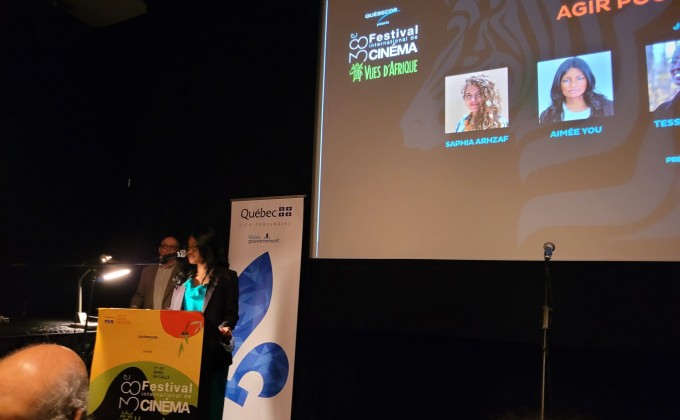 On April 10, the closing ceremony of the 38th edition of the Vues d'Afrique International Film Festival was held at the Cinémathèque québécoise in Montreal. For a second year, CECI had the opportunity to collaborate with the Festival as an official partner of the programming for the category Taking Action for Equality. This category aims to highlight films that contribute to the advancement of gender equality.

This year, among the hundred or so films presented during the Festival, some 20 works were included in the Taking Action for Equality category, of which 13 films were submitted to a selection jury. Many countries were represented in this category, including Cameroon, Mali, Benin, Haiti, Senegal, Canada, France, Germany, Belgium, Morocco, Burkina Faso, Togo, Algeria, Tunisia, Namibia, Madagascar and Niger. The five members of the selection jury for this category, which was composed of CECI volunteers, discussed among themselves to select a winner  from among the films and documentaries, all of which were equally interesting and rich, according to criteria related to gender equality and the emancipation of women.

After the jury's deliberation, CECI announces that the two winning films in the category Acting for Equality are

"This work bears witness in a realistic and poignant way to the conditions of inequality and poverty of women in Africa through the life of a young girl who tries as best she can to leave Africa for a better world," said Aimée You, a CECI volunteer and member of the jury.

"This film highlights the great challenge of violence against women, women's economic power and resilience through the story of a loving and protective brother who is nevertheless violent with his wife", Ms. Aimée You, CECI volunteer and jury member.

Congratulations to the filmmakers and their team for these films that tackle head-on the realities and oppressions experienced by women, in order to advance the cause of gender equality throughout the world. We also thank Ms. Aimée You, CECI volunteer and jury representative, for her participation in the closing ceremony of the festival and our jury for their participation in the deliberation.

CECI is committed to circulating these two films throughout its network, in Quebec and internationally, in order to provoke exchanges and discussions about the works and the issues raised by them.

To discover all the Festival's winners

To find out more about the Taking Action for Equality #CECIforgenderequality