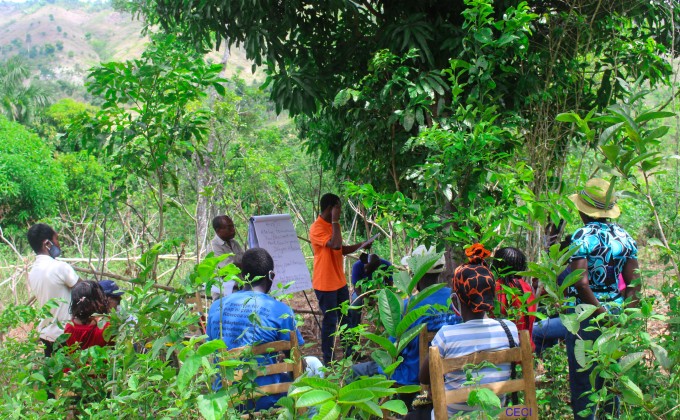 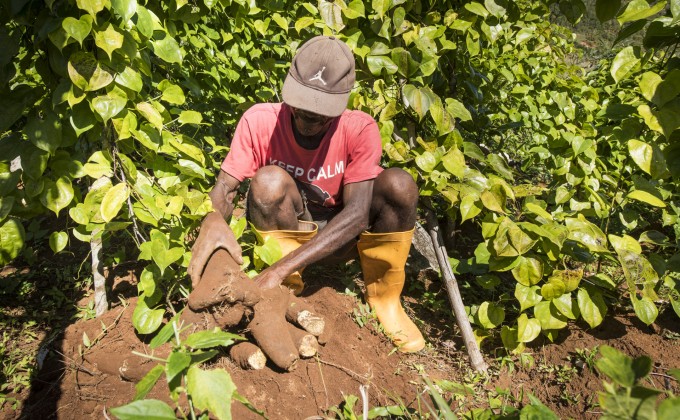 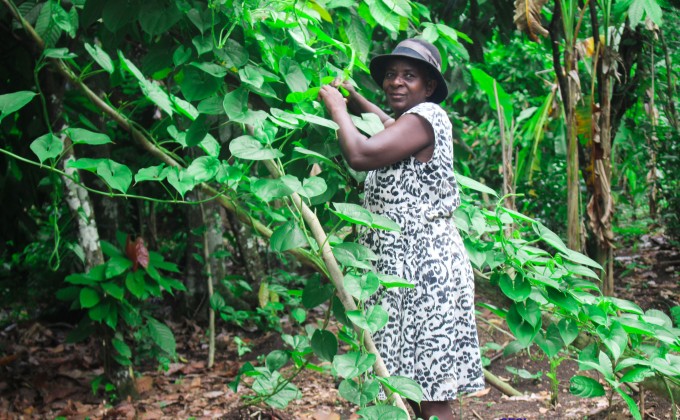 In Haiti, farming represents a source of food and essential income for the population. The sector produces 45% of the food consumed in the country and employs 60% of its active population. However, the exceptional weather events (such as Hurricane Matthew) to which the island is particularly prone, as well as the socio-political unrest of 2019, have hampered agricultural production and greatly reduced access to food for the country’s poorest households.

Forty percent of the Haitian population, representing more than 4 million people, are currently in a situation of acute food insecurity. The department of Grand’Anse has the largest number of people affected. Women in particular are very affected by the scarcity of staple foods, because this complicates their role as suppliers of their households.

The AVETI project focuses on the cocoa and yam sectors, which have historical importance in the department of Grand’Anse, to increase the economic well-being and reduce the vulnerability of Haitians, especially women and young people living in rural environments.

Adaptation and Resilience to Climate Change

Through practical training, the capacities of cocoa and yam producers are built up to encourage the adoption of agricultural practices that increase the resilience of production systems to climate change. Specifically, the project promotes sound management of water and land, increased woodland cover to protect slopes and crops from storms and excess sun, as well as land stabilization by integrating organic matter and stabilization structures. Furthermore, farmers’ groups are empowered to offer services and products that facilitate the adaptation and resilience of their sectors to climate change, especially for women and young people.

In order to add value to the cocoa and yam sectors, the project aims to rehabilitate damaged plots of land and adopt innovative farming practices that will increase yields and improve the quality of the crops. It also seeks to facilitate dialogue between the different actors of the value chain as a way to improve the coordination of the targeted sectors, from access to seeds to the sale of fresh or processed products. Cocoa and yam produced in the targeted areas can thus be sold at remunerative prices for producers, allowing them to reach new markets.

Participation of Women and Youth

In order to overcome the barriers faced by women and youth to participate in decision-making spaces, to access resources and to exercise control over them, the project raises awareness among farmers and their groups of these inequalities hindering socio-economic empowerment. We work together with our local partners to promote the presence of women and youth in their governance structures and at all levels of the value chains, and to encourage service offerings adapted to women and youth (access to credit in particular). We are also working to strengthen the leadership of women in order to increase their capacities to claim their rights and integrate decision-making spheres.

Contribute to the success of this project - Donate!

3,500 producers operating in the cocoa and yam value chains will see their living conditions improve directly, and almost 17,500 people indirectly

1,950 hectares of cocoa or yam plots affected by Hurricane Matthew in 2016 will be rehabilitated and renovated with a total of 375,000 new trees

+ 300 farmers will participate in one of the 50 farmers' field schools: farmer trial plots aimed at learning and experimenting together to improve crop productivity and resilience

Thank you to our partners