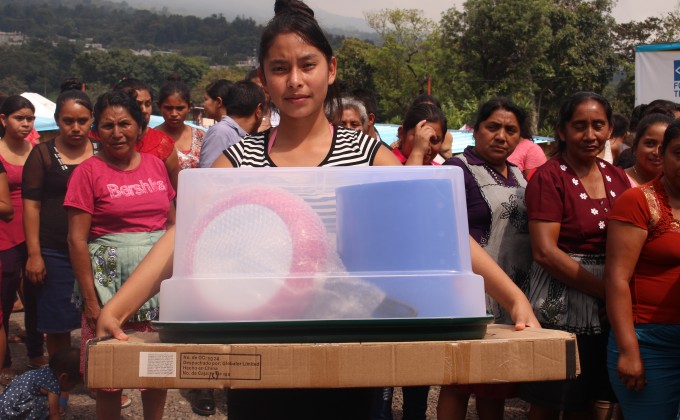 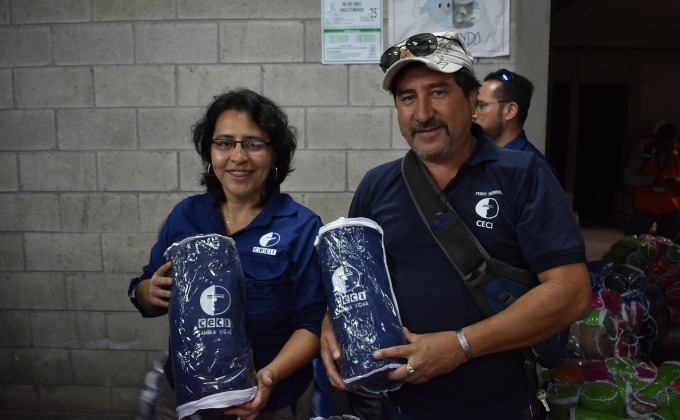 Three months have passed since the tragedy that scarred the life of thousands of families living on the hillsides of the Fuego volcano, whose eruption affected over 1.7 million people. The eruption shed light on the vulnerability of parts of the population, but also on the immense solidarity and resilience of the people of Guatemala. Over 12,000 people had to be evacuated, and 3,000 were relocated in temporary single-family shelters where they will stay until they can find a roof for the long term. While the horror of the first weeks has subsided, the hard work of reconstruction is just getting started.

From the onset of the tragedy, CECI Guatemala’s team has been collaborating with governmental bodies and other actors of the humanitarian sector to respond to the most pressing needs of those affected, focusing on a gender-based approach to ensure the well-being of women and their children first. To avoid duplicating efforts, CECI has been coordinating its initiatives with the country’s Humanitarian Team, which it is a part of.

Through its first stage of intervention, CECI focused on identifying the needs of those living in the temporary shelters. Following this assessment, it was decided to focus our humanitarian actions on the town of San Juan Alotenango, in the department of Sacatepéquez.

Thanks to your generosity, CECI was able to give the following to the people staying in the shelters of Alotenango:

The second stage of CECI’s intervention was launched at the beginning of September and will end in November. It includes a workshop series on environmental education to promote the active engagement of families in the waste management and reduction activities of the transition houses of Alotenango.

CECI will carry this initiative in collaboration with a local partner possessing the required environmental expertise, the Amigos del Lago de Atitlán Association (“Friends of Lake Atitlan”). This project will promote adequate management and separation of waste (organic, recyclable, others) as a way to minimize environmental contamination while improving the dwellers’ quality of life.

Thank you to all donors!

To this day, all of CECI’s initiatives have reached 200 families staying in the emergency shelters of San Juan Alotenango, where we strive to ensure their well-being and safety and to offer them dignified living conditions.

Thank you to all the donors who generously contributed to CECI’s efforts and who made possible our intervention with the families affected by the Fuego volcano eruption.