New funding for the TEA-WEEB project to promote gender equality in Bolivia! 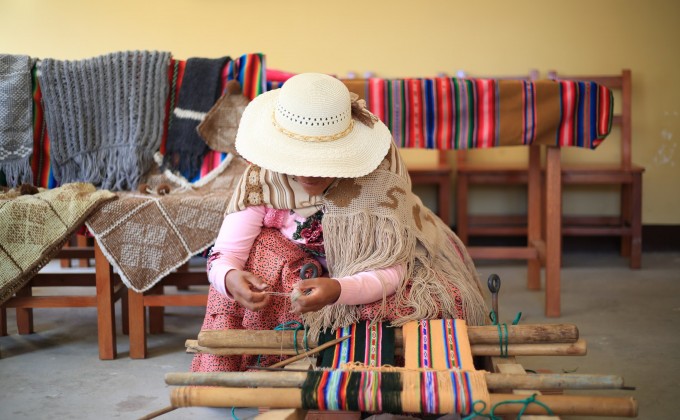 On the occasion of the Summit of the Americas and a new funding announced by the Prime Minister of Canada, the Honourable Justin Trudeau, CECI sees its TEA-WEEB project selected for the promotion of gender equality in Bolivia.

At the recent Summit of the Americas, the Prime Minister of Canada, the Honourable Justin Trudeau, announced more than $145 million in funding to support countries in Latin America and the Caribbean in improving the lives of their citizens. Nearly $67.9 million will be earmarked for initiatives to promote gender equality. Of this, nearly $3.5 million will be earmarked for our new project TEA-WEEB (Transformation of the Entrepreneurial Ecosystem through a Gender-Based Approach). This project aims to promote inclusive economic growth by focusing on women-led micro, small and medium enterprises (MSMEs) and the environment in which they operate in Bolivia. The project aims to provide better support to women entrepreneurs. It also aims to work on the policy environment to make it more responsive to the needs and interests of women-owned businesses.

The Project will address three main issues for women-led businesses of various sizes:

1. A lack of access to quality business development services and networks;
2. A policy environment that does not meet their needs;
3. Unequal participation of women in decision-making spaces and processes.

Specifically, the Project will strengthen the economic and management capacities of 360 micro, small and medium-sized women's enterprises and will affect nearly 15,000 improved jobs, mainly occupied by women. This project is carried out in Consortium with the Foundation IES, Innovación en Empresariado Social .

In addition, leaders agreed at the summit to work together to support strong democratic institutions, take ambitious climate action, and promote trade and economic growth for the benefit of all, among other things.

What is the Summit of the Americas?

The Summit of the Americas brings together leaders from North, Central and South America and the Caribbean to discuss important challenges and shared priorities, including promoting action on climate change, advancing gender equality and post-pandemic recovery.

To learn more about our project

To read the official press release