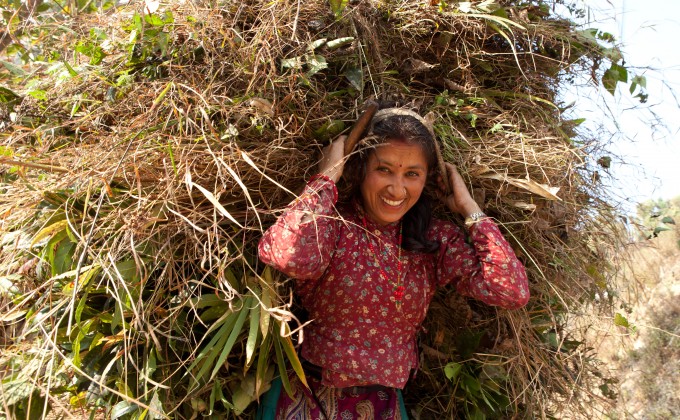 Since January 2017, CECI has been implementing a long-term economic recovery project funded by Global Affairs Canada called Punarnirman. The project is expected to improve the economic conditions of 18,000 earthquake affected women and men in three districts of Nepal where CECI’s emergency and early recovery phases were implemented.

The earthquakes of 2015 have had a tremendous impact on the areas surrounding the capital city, and these negative impacts have been more acute among women and other marginalized groups. The productive sector alone accounts for 25% of the earthquakes global negative impact. In the three targeted districts where CECI is working, the households’ economic loss, in terms of crops, livestock, damage to irrigation systems, impact on commercial/industrial activities and loss of workdays/personal income is estimated at more than $143M USD.

An opportunity for economic resilience

It is for this reason the Project aims at contributing to the economic recovery of the target population through the promotion of gender-responsive and environmentally sustainable economic enterprises and employable skills. A diversified approach is used that intervenes in three major thematic areas: agricultural development; promotion and rebuilding of micro, small and medium-enterprises (especially women and youth-led), and the identification and development of skills to enhance economic resilience.

A value-chain and comprehensive approach is used to increase the sustainability of the project. For instance in one of our interventions, we work to form new women-led agricultural cooperatives, provide members with new micro-infrastructure (such as drip irrigation systems), train them on the production of higher-value crops, build new vegetable collection sites (with technologies that allow easy loading onto transport vehicles), and help them connect and network with market actors such as business-service providers and wholesale distributors.

18,352 people (59% women) affected by the earthquake either improved or relaunched gender-sensitive agricultural activities and increased their resilience to natural disasters

4,115 people (81% women, 62% youth) received direct support to rebuild their infrastructure, return to cultivating their land, or strengthen their skills in climate-suitable vegetables production

363 (88% of which are women-led) enterprises were restored

146,340 people have indirectly benefited from the project

Dhaka Weaving: An Economic Opportunity for Rural Women in Nepal

Nepal: CECI supports the recovering of micro enterprises in Lalitpur